The U.S.-Russia Business Council’s members comprise nearly 170 companies, both large and small. As the nation’s premier trade organization devoted to promoting the commercial relationship between the U.S. and Russia, the USRBC works with a broad coalition of members to advance overall commercial relations between the two countries.

Companies join the Council for a host of reasons, ranging from business development and government access to networking and dispute resolution support. For over 20 years, the U.S.-Russia Business Council has worked closely with the U.S. and Russian business and political communities, forging relationships and building experience that bring tangible value to our individual members while simultaneously serving to expand and enhance the U.S.-Russian commercial relationship. 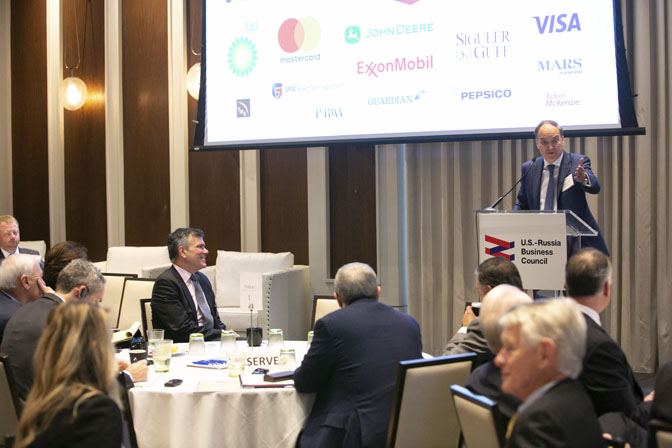 USRBC provides members with informational and analytical tools covering the current dynamics in the bilateral relationship to assist in business planning. These include:

USRBC leverages strong relationships with prominent members of the legislative and executive branches of both governments to influence initiatives and policies pertaining to foreign investment, market access, and other issues. USRBC also plays a vital role in forging public-private dialogues that make tangible contributions to U.S.-Russian commercial relations.

Ready to get started?